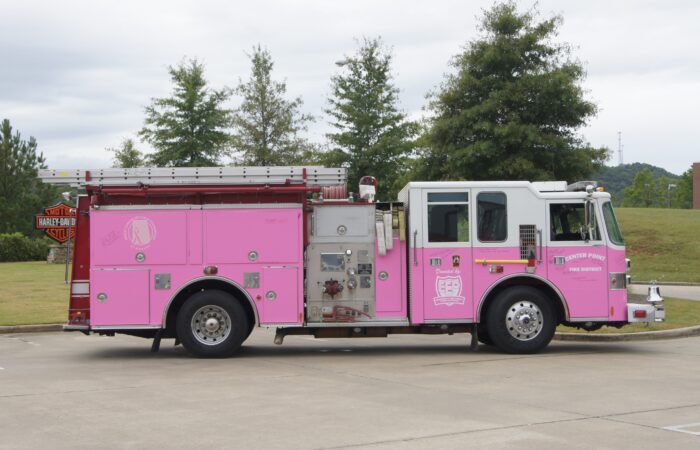 The Breast Cancer Research Foundation of Alabama (BCRFA) and fire departments across the state are teaming up once again for the Pink Ribbon Project t-shirt campaign, raising money for breast cancer research in Alabama.

The “Pink Ribbon Project” began in 2010 when a few creative fire departments reached out to the BCRFA about a city-wide fundraising effort to support breast cancer research. Especially important to them was that all proceeds stay in Alabama to help attract the best and brightest researchers to the state and support life-saving research. The project officially launched in 2011.

Since then, the shirt designs have changed, but the goal remains the same: to raise awareness and funds for breast cancer research across the state. Since 2011, over $580,000 has been raised.

Community members and businesses are encouraged to visit their local participating fire station, purchase a “Pink Ribbon Project” t-shirt, and take a picture with the fire fighters. Tag the BCRFA’s social media (@BCRFAlabama) for a chance to be featured!

Guests at the event enjoyed Vegas-style gaming, such as blackjack, poker, roulette, craps and slots, with winners being awarded specialty “money” to hand in for prizes or rewards.

BCRFA Welcomes New Members to Board and Medical Advisory Council

The Breast Cancer Research Foundation of Alabama (BCRFA) proudly welcomes four community leaders to its 2022 Board of Directors and a new researcher to its Medical Advisory Council.
Back To Top
×