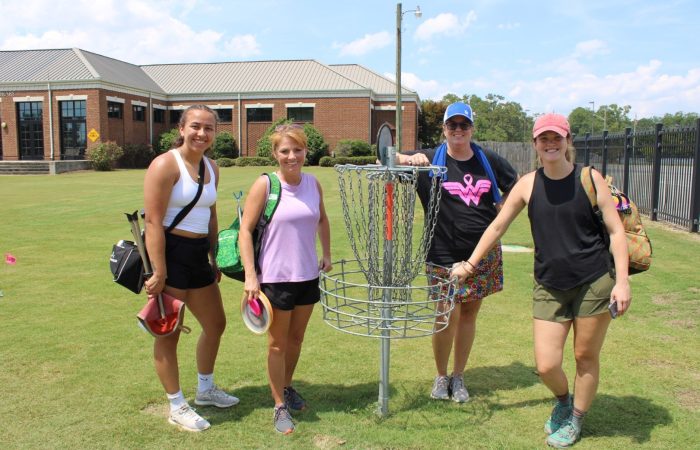 Over 100 disc golfers from across Alabama and beyond attended the 2nd annual Disc Golf Goes Pink tournament in Calera on Saturday, August 13. Competing in two rounds at two courses, disc golfers of all ages and skill levels battled it out at this PDGA-sanctioned event benefitting the Breast Cancer Research Foundation of Alabama (BCRFA).

Presented by Bham Now, the event netted over $7,000 for local, lifesaving breast cancer research. Photos from the event are below and on Facebook.