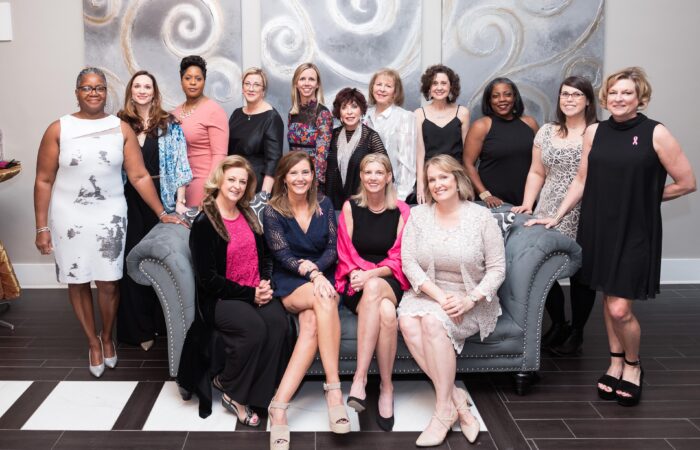 Looking for ways to support breast cancer research in Alabama during breast cancer awareness month this October? Check out these events happening across the state for your chance to join the fight:

Revvin 4 Research 2020: September 27 – Ready to rev your engine for a good cause? Join the Breast Cancer Research Foundation of Alabama and Heart of Dixie Harley-Davidson for the 12th Annual Revvin’ 4 Research Charity Motorcycle Ride. Event day registration opens at 1:00 p.m., with a 2:00 p.m. departure from Heart of Dixie Harley-Davidson. After the police-escorted ride, a boxed lunch will be available for all registered participants. Register at revvin4research.com or call 205-996-5463.

The Four Course Sessions: Thursdays in October – Join Thrivent, brick & tin and the BCRFA for the inaugural “Four Course Sessions.” On “Thrivent Thursdays” in October, participants will enjoy good food and great company while virtually learning about wise giving strategies during breast cancer awareness month. Attend one session or all four – the option is yours!

Pink Up The Pace 2020: The 3rd annual Pink Up The Pace, presented by Vulcan Materials, is going virtual! Join the Breast Cancer Research Foundation of Alabama to raise funds and awareness for local, life-saving breast cancer research by running with us during the month of October. Runners can compete for fastest 5K time or participate in our collaborative distance challenge, connecting runners across the state of Alabama to collaboratively reach 4,120 miles to represent the 4,120 women who will be diagnosed with breast cancer in Alabama this year. The event also features a youth 1-mile run, scooter and bike race.

Pink Ribbon Project: Entire month of October – Fire Stations across the state will Go Pink! to support breast cancer research in Alabama throughout the month of October. More than a twenty stations across Alabama will be selling specially designed pink ribbon project t-shirts for $15 and $20. Proceeds from shirt sales will help the BCRFA provide seed dollars required to secure national grants for breast cancer research at the O’Neal Comprehensive Cancer Center at UAB.

Renasant Bank Fundraising Campaign: Entire month of October – Renasant branches statewide will hold fundraisers for the BCRFA, and accept donations from their account holders. Renasant Mortgage will also donate $50 for every mortgage closed in October with Renasant. This partnership has raised over $100,000 since its inception.

A Glimmer of Joy: Entire month of October – To celebrate breast cancer awareness month, A Glimmer of Joy’s online jewelry and accessory store will donate a portion of their sales to the BCRFA.

Calera Goes Pink: Entire Month of October – Join the City of Calera as they Go Pink to support breast cancer research in Alabama. This city-wide event culminates with the Calera High School football game on October 2 and a golf tournament at Timberline Golf Club on October 11. For details on how you can get involved, visit caleragoespink.com.

Boot Camp & Blood Drive for Breast Cancer: October 10 – the Center Point Community Center will host Boot Camp for Breast Cancer starting at 8:00 a.m., followed by a blood drive in partnership with the American Red Cross. They will offer two 45-min/1hr long boot camp sessions where participants will be encouraged to wear pink as they get in a heart-pumping workout. All proceeds from the boot camp will benefit the BCRFA and breast cancer research. For every pint of blood received during the blood drive, $10 will be donated to the BCRFA.

Shake Shack: October 21 – Shake Shack’s location at The Summit will hold a 25% Donation Day on October 21. Guests can order in-person or online using the code “donation” or mention the BCRFA to their cashier for the donation to take effect.

About the Breast Cancer Research Foundation of Alabama:

The Breast Cancer Research Foundation of Alabama supports a comprehensive approach to battling breast cancer through support of collaborative and innovative research to help diagnose, treat, prevent and eradicate the disease. Since its inception in 1996, the BCRFA has raised almost $10 million to fund research at the O’Neal Comprehensive Cancer Center and with their collaborative partners. All funds raised stay here in the state of Alabama, but the research will have a global, life-saving impact. To learn more, visit www.BCRFA.org.

Shop till you Drop at Pink Private Shopping Night

BELK AT THE SUMMIT HOSTS PINK PRIVATE SHOPPING NIGHT Birmingham, AL — As a part of…